Arizona is filled with many diverse landscapes.  A variety of regions and temperatures and a lot of land to be discovered.  Come along on our journey to Lake Havasu City, Flagstaff, and Monument Valley.

At first when I saw Lake Havasu City on the map, I thought of Havasupai Falls, the famous blue water pack trip down the Grand Canyon and I thought to myself that I really wanted to see the area around the falls.  Plus It was the first city on the map in Arizona.  Coming from an eight hour drive from San Francisco the day before we knew we didn’t want to drive very far into Arizona without a break.

We found a free camping area on BLM land about 15 minutes out of Lake Havasu City which was perfect.  It felt like a little subdivision but with RV’s.  Everyone was far enough away that we didn’t feel crowded and we were totally set up for some dry RV camping (camping without hookups.) 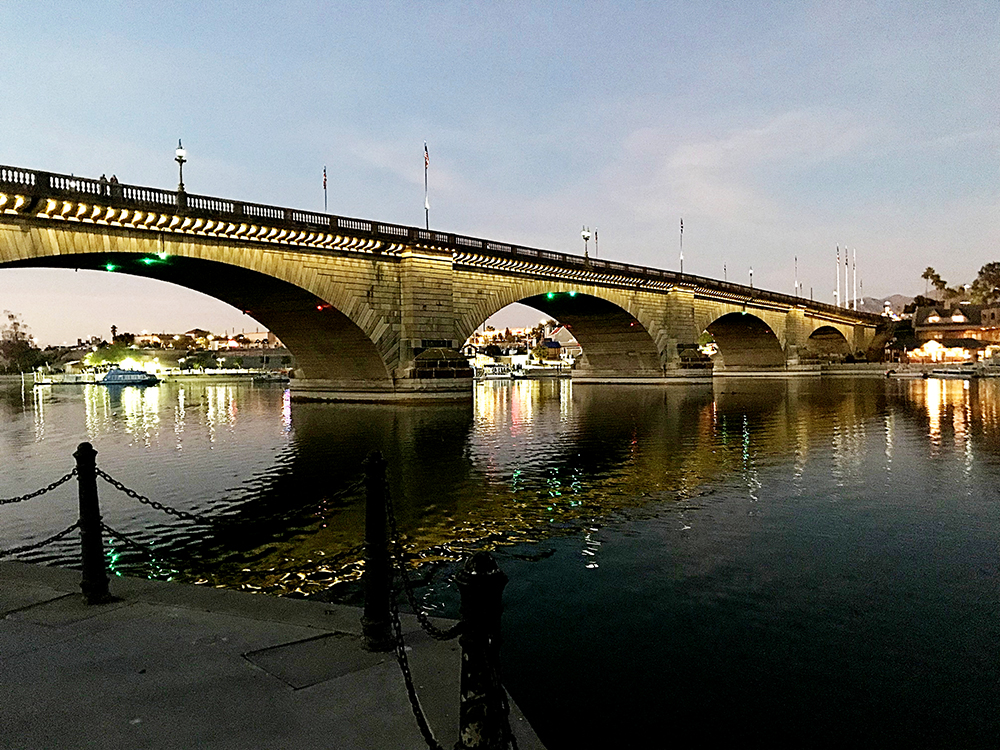 Going to the beach was a must for the girls.  Splashing and playing in the water makes them as happy as a clam.  So as we went exploring with our GPS to find a beach we found one spot but it was more of an in and out beach by the wildlife refuge.  We decided to go farther into town and find a beach closer to the London Bridge.

The London Bridge is exactly that, a bridge from London, brought to the United States to Lake Havasu City as an attraction to bring people to the city.  The structure is quite beautiful and there is a walking path over top.  You can also do boat tours or paddle your own and enjoy the beautiful bridge and shorelines from the water.

We ended up in a park, beach area near the bridge.  Colter pumped up the paddle board and the girls played and played and played.  The water was quite chilly but we all got a little wet anyway.  Blakely and Tessa were brave enough to submerge their bodies up to their necks.  The great aspect about the beach we went on was that the there was a gradual slope to the sand so the girls could go out a ways and play and I didn’t have to worry about them going out too far.

We were hungry while we were at the beach so I went on a quick food run to a Mexican joint and the food there was delicious!  It is called >>>>>>>>>  They were so friendly and even made a specialty burrito for me.  In Idaho Falls, our favorite Mexican Restaurant makes amazing fajita burritos.  I asked the fellow working if they had anything like a fajita burrito and he said sure, we can make something up as per your request.  Awesome huh?  The burrito was delicious!

The beaches at Lake Havasu City were so pretty, we thought we would be able to hang our hammocks near the beach but it was getting late and we didn’t have time to find a good place.  We had so much fun there though, we will have to go back in the summer and find a place to hang!

Our drive into Flagstaff was very interesting.  I had looked up free places to stay and there was a lead that lead us into a forest.  On the website, it was mentioned that there were some pull-out on the forest road where you could camp.  Yes, there were a lot of trees and yes, there were some places to pull off but no places that would fit our RV and car without unhooking everything and driving over a big bank.

Tessa was the only one of our girls awake while we were trying to find a place and she said she was scared and wanted to go to a different place.  She was scared because it was really dark.  There was no moon in the sky and there were a lot of trees around us and we were driving on a dirt road.  Gratefully, there was a little pull-out at the very end of the forest road that had a pull-out that was not private property.  It was close to the fairgrounds. 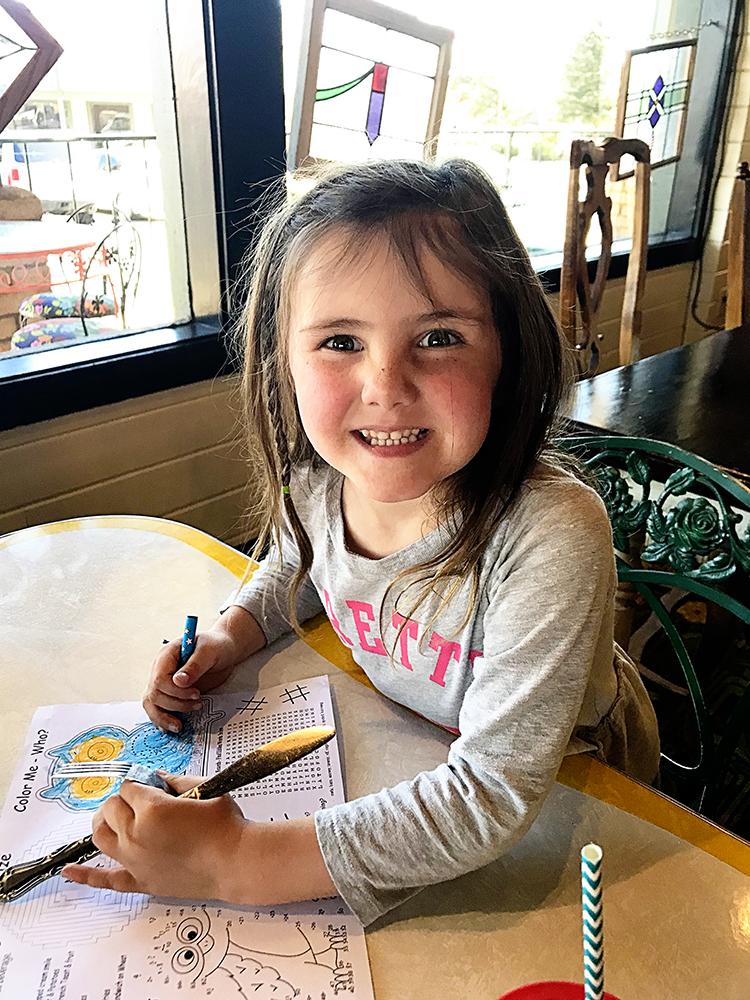 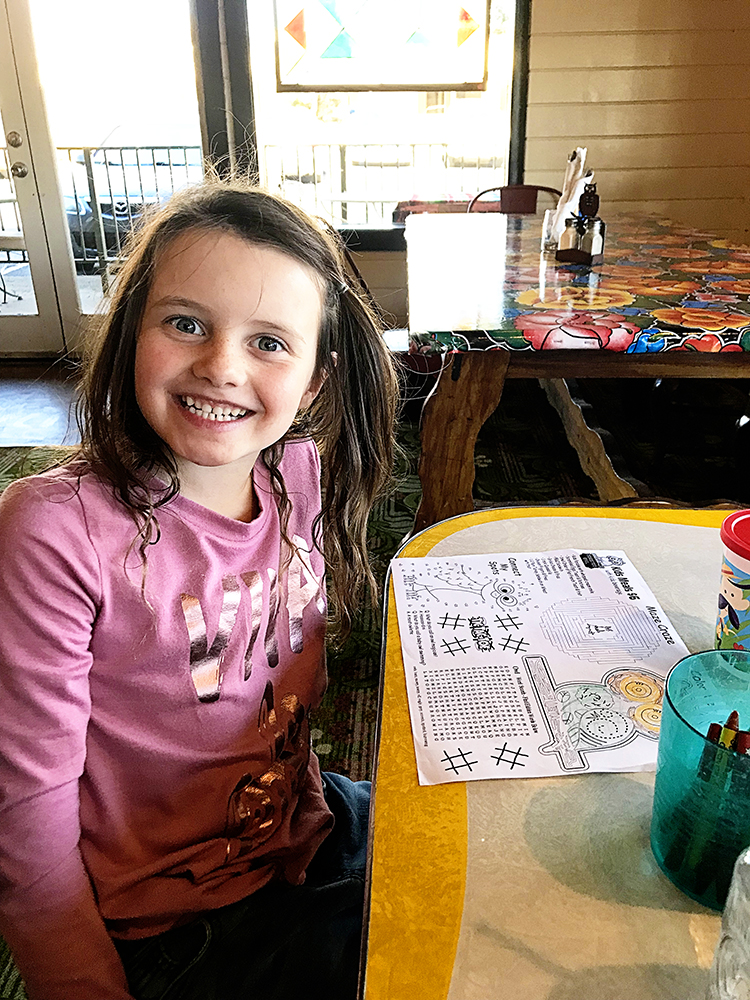 The next morning I went out for a run and ran into a bike, hike trail name Soldiers Trail.  It was actually such a good running trail, Colter went on his mountain bike after I got back from my run.  The morning was brisk and reminded me of spring time in Idaho.

Our tow dolly stabilizer bar rusted and broke just as we were leaving Lake Havasu City so our first goal in Flagstaff was to find a repair shop.  We called an RV repair shop but after we reached their business we found out that they wouldn’t be able to fix the dolly.  So we called around.

Maclin Truck and Trailer was our saving grace and actually made two custom bars for the tow dolly since the non-broken rod was pretty rusted.  They were able to fix us up the same day and even greased the tires and packed the bearings so were were good as new! 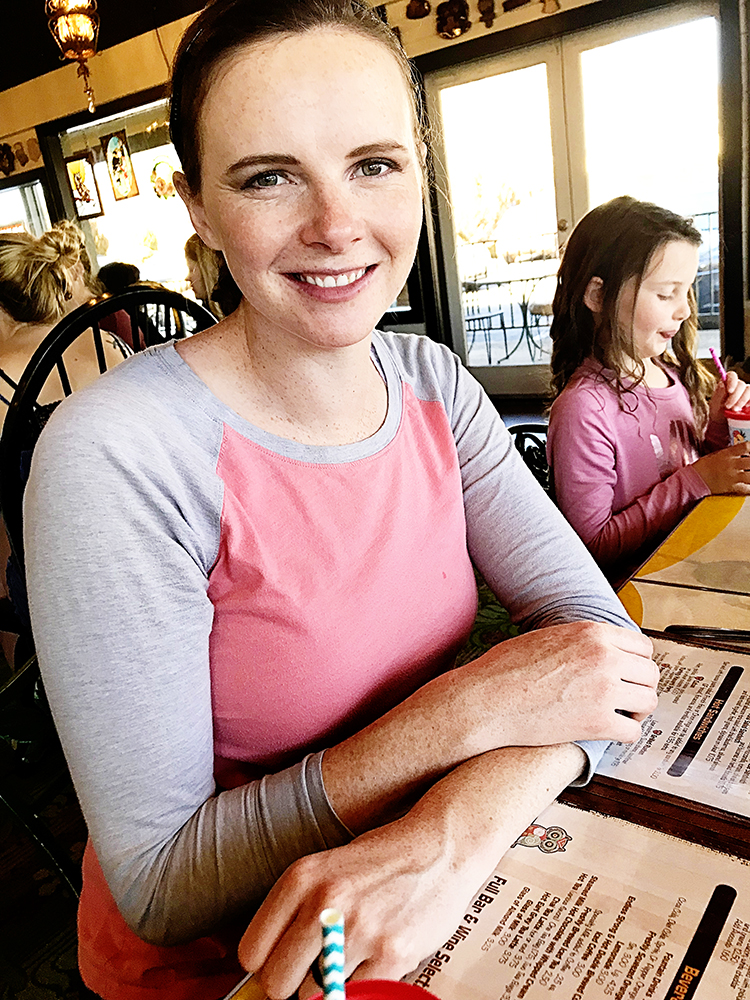 While the trailer was getting fixed, we went and played at the largest park we have ever been to.  Bushmaster park is the bomb when it comes to having lots to do for the kids.  They actually have two separate parks.  One is a little older and the other portion, on the other side of the skate park, is a newer version.  The park has a smaller toddler area and then a larger area with ropes that the kids can climb and play on.  Our girls also loved the coasting swing and rope swing!  Saylor’s favorite structure was the spinning chairs.

There are also sport courts on the property and bathrooms.  Bathrooms are always an important aspect when it comes to kids!

Going out to movies hasn’t been a big priority for us thus far on our trip.  We heard how fantastic The Greatest Showman was so decided we should go to the movie!  Harkins was a great place to go.  My favorite thing about the theater is that you choose assigned seats before you even entered the theater.  I have never done that before but it was nice because we didn’t have to rush to find a seat together.

The movie was fantastic and the girls came back to the RV singing and dancing.  Colter even got into it.  To this day the girls sing about what they are doing and dance along the way.